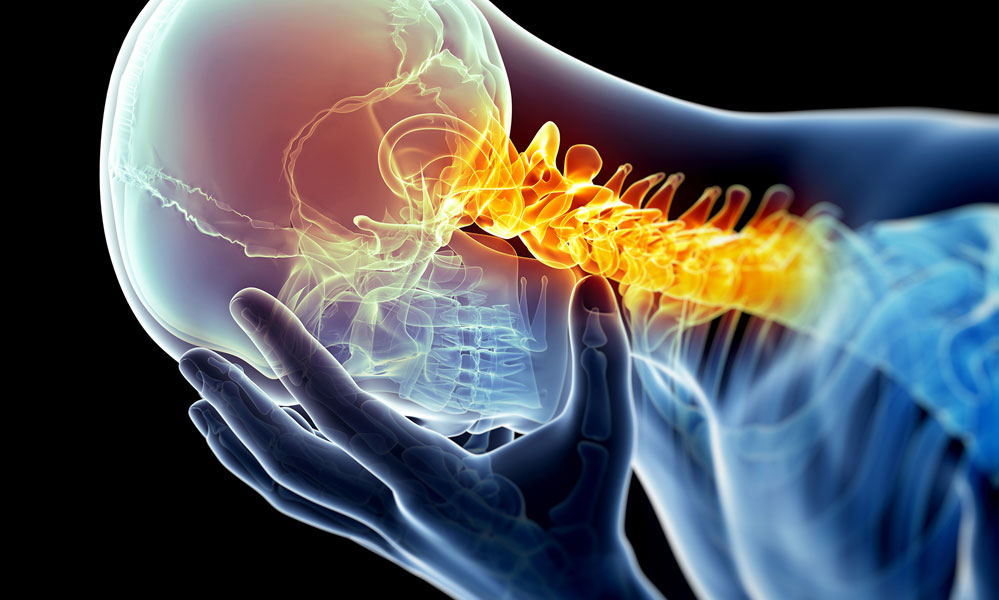 When I went in for my seventh visit with Shmuel Tatz, PT, PhD, I was in pretty bad shape. Without exaggeration I was coming out of a three-day migraine, had been unable to keep food or water down, plus had heart palpitations on the right side of my chest which sent me into my local MD’s office – although the EKG checked out fine. During these dark hours of what I call a level nine headache, where communing with the outside world is not an option, I obsessed on what to do about these headaches and migraines that have high jacked my life. I was considering surgery as a possibility, for a previously diagnosed hiatal hernia, since some experts say that the GI tract can cause all sorts of headaches, dizziness and palpitations. For the record, my MD was not recommending it, more like I was desperate.

Tatz was, as ever, attentive and went straight to the problem that day: My head. He asked me to lie in the most comfortable position, in which I chose to be face up. His hands gravitated first to the crown of my head, in particular the top of my forehead. His fingers lightly massaged these areas as well as my temples. Then with the grip of his two hands he cradled the left and right side of my brain: the two hemispheres. He held them and massaged them in opposite directions. After awhile, he moved back to the temples, touching more firmly, then the neck and below the neck. Probing, and shaking and attempting to liberate the pent up tension. Then his touch become stronger across the surface of my entire head, especially the right jaw. Then he asked that I open, close and contort my jaw in constant motions while simultaneously his technique became more intense across all these areas of head and neck.

After approximately twenty minutes, he had me sit up on the treatment table. He showed me how to gently move my spine back and forth in a seated position while he then manipulated my spine, first by pressing his hands up and down my back. Keep the jaw moving he would say, and then he began pinching my back. Up and down, excessively pinching and twisting my skin at the top of my shoulders and neck. Not always pleasant. Then he grabbed my arms and shoulders lifting them up as high as they could go and then he dropped them. He repeated this shoulder-raising over and over again. Finally when he was done with this rigorous part of the treatment, he nodded with assurance. At this point, I didn’t understand what he knew.

He then took me into another treatment room for a Diapulse Machine Treatment. He had me lie face down and put two blocks under my shoulders, tucked my hands under my hips, and then placed a bolster under my feet. Then he placed the ‘Diapulse head’ atop my shoulders and then left me there for an additional twenty minutes or so. It felt warm. The Diapulse machine evidently provides a pulsed electromagnetic field that protects neurons, promotes regeneration, and restores the electrical potential of the cell while reducing swelling. During this relaxing treatment I fell asleep twice.

After which Tatz instructed me to rest on my forearms and knees for an additional ten minutes – another therapy to do at home. I was feeling much better, but at the time, I didn’t understand as Tatz did how significant this treatment would turn out to be for me. So in my insecurity, I asked him, “Should I have surgery?” He answered, “I can’t advise you on surgery. I know nothing about that, I’m not a surgeon.” So then I reframed the question, “Can I get well with these treatments?” His only response was, “Why not?”

As I left, I tried to imagine what a life would be without headaches, and would Tatz be the one to release them. As I entered the Columbus Street Subway Station, a teenager walked by wearing a t-shirt with the word: Believe. While riding taking the train home, I noticed that my head and neck were moving more freely and that my jaw was unlocked. I hadn’t understood before this that my jaw was even locked. But Tatz understood. Tatz is profound: A minimalist with words, but not so with his masterful hands and treatments.