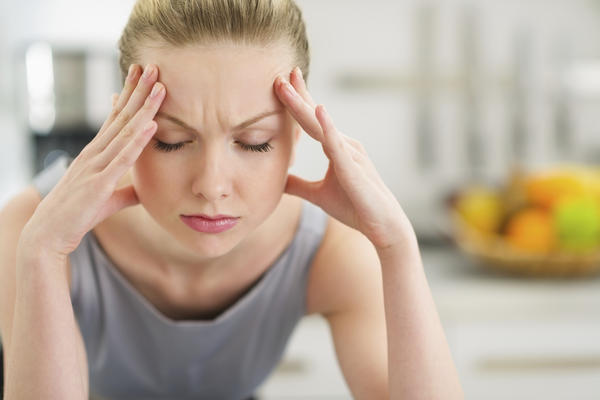 I felt bad the second time I saw Shmuel Tatz, PT, PhD because while I had initially gone to see him about my knee, what was plaguing me the most was the pounding headache I’d been having for four days solid. Well, I hadn’t even told him on his initial consultation that I’d had unsolvable undiagnosable daily headaches for over two years, not to mention intermittent migraines ten years preceding that. Sure I’d seen several medical doctors including a neurologist and many other practitioners. My greatest most painful attempt to end the headaches was the hugely scary six-injections-at-once of nerve block treatments, in which my head was painfully sore for a month. The second most alarming treatment was a blood pressure medicine ‘sometimes used for migraines.’ This put me into the Emergency Room after three doses. That said, most of the specialists were talented and kind, but no one, no treatment, thus far had solved the problems inside my head. Least of all me.

In any case, I confessed my headache sorrows to Tatz who immediately began to work on my head. Always gently. First, with his hands assessing and probing where my stress was being held: Primarily in the back of my skull where I once had a childhood cyst removed. Then he placed his left hand over my heart, while gently pulsing with his right hand across the sensitive parts of my head – which was just about everywhere that particular day. He then asked me to try opening and closing my mouth, mild cranial exercises while he continued the rest of the treatment: He put hands-on pressure on my legs – and later explained the pain in my legs was connected to my head and that a person’s entire physical body is all inter-connected. There are no separate parts! All this being his ‘body-tuning’ technique that he developed over the last fifty years. He told me to keep moving my jaw up and down gently while teaching me mild facial stretches, including scrunching up my nose. After he spent more time and intensive work on my head, neck and skull, I was already feeling better.

Then Tatz asked me to go sit in a chair and then to stand back up again. He shook his head while watching, “You don’t even know how to get out of a chair balanced.”

After which, he examined my knee then took me back into the magnetic therapy machine room where I laid comfortably receiving an additional knee treatment. He instructed me to keep exercising my jaw gently. While following his instructions, I noticed a beautiful photograph of child being cradled by adult hands – a gift from one of his patients.

About thirty minutes later, he took me into another room and asked me to walk. We both noticed I was swerving to my right. He had me stand in front of a mirror and then re-taught me the basics on how to walk. Left leg, right leg, left, right, left, right. “Even, easy, steady,” he would say. It was mystifying to me that I had worked so hard on my body all these years (dancing, walking, pilates, swimming, biking and a touch of yoga) yet I needed to re-learn how to walk.

He was a little upset, not only at me, but the subject had touched on a grander nerve. He said, “Everybody wants to run a marathon, be the best yogi or climb a mountain. But most people have forgotten how to be comfortable in their bodies. Once a person is feeling good in their normal daily life free of pain and tension, then the sky’s the limit. But until then, it’s back to basics.”

So over the next few days I went on slow walks versus power walks. Left, right, left, right, easy, steady. I thought about Tatz and I wondered how I was going to tell him there were other problem areas of my body we hadn’t yet addressed. I continued walking and reflecting on what I’d learned so far from him about the restoration of my body. Thankful that I hadn’t had a headache since my last visit but even more thankful that Tatz had given me a great life reminder that a gentle walk is a powerful walk indeed.