To Feel Peace In Your Body

The traditional systems of medicine from the Asian cultures have always included some type of massage stimulation to the ears. When you work on your ears you will notice that within two to three minutes of vigorous massage your ears will get hot. This is caused by the increase of blood flow to the area. The Chinese say that when the blood is increased to an area, the healing energy is increased to that area as well. The increased energy to the ears is thought to stimulate the acupuncture reflexes, which in turn stimulate the related organs, tissues and glands. This is because the ears are heavily laced with reflex nerve connections through the brain to all parts of the body. Ear reflex stimulates the productivity of important neurotransmitters such as endorphin, which is known to be a natural painkiller and an agent causing a sense of overall well-being. 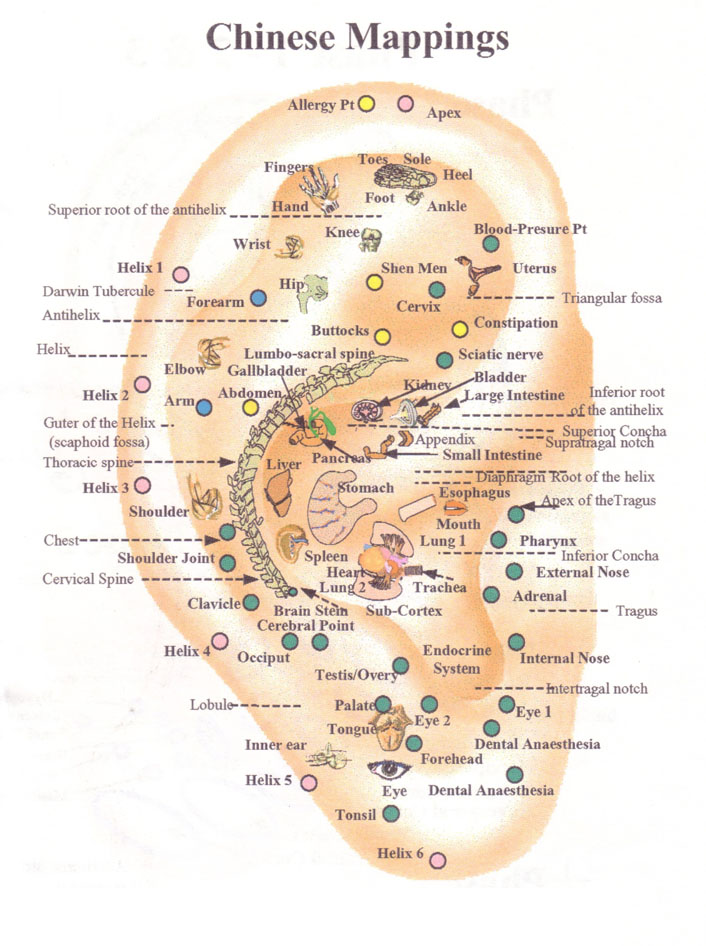 While the original basis of Auriculotherapy is in ancient Chinese acupuncture, the late Dr. Paul Nogier developed the current methods in France utilizing painless stimulation without needles. In the 1950’s he began to notice that several of his patients had an unusual scar on a specific area of the ear. His patients informed him that the scar was a result of treatment of sciatica, which had given them relief within 2 few minutes. After studying this phenomena and doing some research, he began mapping other parts of the body. This research led to the inverted fetus principle. If you look carefully at someone’s ear you can imagine it as a baby curled up within the womb. The head is downward, the arms and legs are curled upward with the feet and hands near the upper ear. This was the basis for his diligent work to what we know today.

Aurieulotherapy now is a highly developed system of diagnosing and treating disharmonies anywhere in the body by expertly examining and stimulating the ear. There are over 300 documented points of the ear corresponding to different parts of the body. Specific points are stimulated with an electric pulse, laser, magnet or acupressure to provide relief from pain, addictive behaviors and a wide range of other conditions. It is simple, safe, effective, painless and not invasive!

What can Auriculotherapy do for you? You’ll be amazed at the almost unlimited number of conditions that benefit from this treatment! It has been proven to be the ultimate for pain management, – effective for the treatment of narcotic withdrawal, smoking cessation, weight control, hearing loss, migraine headaches, dizziness, incontinence. Other reported benefits – relief from depression, lowered blood pressure, decreased anxiery, insomnia, PMS symptoms, strengthened immune system, asthma and allergies, digestive disorders, peripheral neuralgia, Carpal Tunnel Syndrome, Tennis Elbow, TMJ and more.