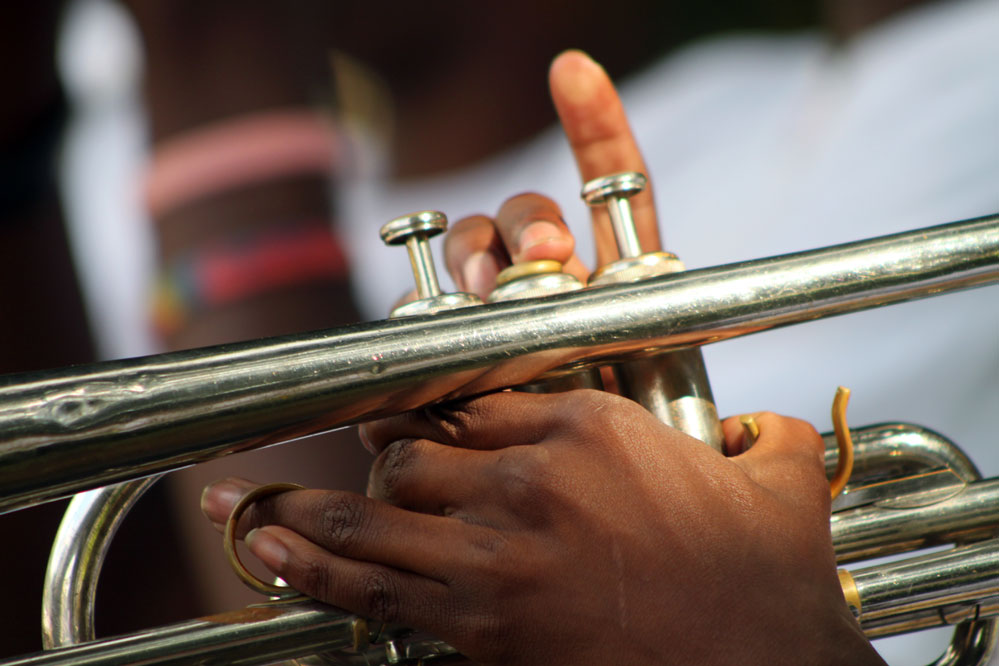 Bud is professional trumpet player. His strong hands have been crucial to his successful life as a musician. While his wife has spoken about Shmuel Tatz, PT, PhD since the time they met, Bud has been quietly skeptical about what a physical therapist can really do. Meanwhile, Tatz has taken care of three generations of his wife’s family: First his wife’s father, then his wife and now their son.

Bud continued to be a skeptic until his right hand started giving him grief. The right hand being responsible for a trumpet player’s three musical buttons (valves) responsible for placing the instrument’s notes. It wasn’t an accident per se, but probably Bud’s life-long playing that caused his right hand fingers to become swollen and stiff. This was not only affecting his trumpet-playing technique, but had the potential to interfere with his career, not to mention his gift as a musician. He was concerned.

First, Bud went to an MD who diagnosed his condition to be polymyalgia rheumatica. He received a series of steroid shots plus medication. While Bud received some relief, it really hadn’t solved his problem – his fingers were not healing. His entire hand was in pain. As the weeks went on, he became continually worried about his right hand and the consequences it could have on his life-long career.

Bud’s wife suggested, “Why not go see Tatz? What do you have to lose?” So, he eventually he did.

On Bud’s first office visit, Tatz studied his hand at carefully then provided mild physical therapy, moving fingers ever so gently, while at the same time teaching home exercises, incredibly small motions. Tatz explained, “Keep moving the hands and the fingers, easy, not too much, slow, small movements. The most important thing is to keep the hand moving.” He then gave him a thirty-minute treatment of electrical stimulation therapy. Tatz also told Bud go to Chinatown and purchase two small Chinese Medicine Balls also known as Chinese Exercise Balls, Meridian balls, or Baoding balls. He told him to place two balls in the palm of his right hand and rotate them – should be great physical therapy. He reminded him to be gentle and that he should take the balls wherever he goes. Good to practice in the subway.

Bud went back a second time. He received a similar treatment as the first. Tatz gave him gentle manipulations to his right hand and fingers, then added magnet therapy and then laser therapy too. Bud tried asking Tatz several questions about his technique. Tatz only response was “I don’t go to hear musicians talk about their technique. They speak through their instruments. I speak through my hands. If talking is wanted, go to a psychotherapist.” Tatz also reminded him to keep his right hand moving and to come back again in a week. Bud followed instructions again, still worried about his hand and his career.

On the third visit, Bud was surprised but Tatz was not. The swelling in his right hand had gone down, his fingers were moving again and the pain had gone away. Bud stopped taking the meds for good.

Bud thanked Tatz profusely for healing him. But Tatz insisted, “I’m not curing your condition, I’m finding ways to make you feel comfortable. What I do is to help people feel more comfortable in their bodies.”