Many years ago when I sang in Jerusalem and gave a master class with the encouragement of Isaac Stern, I was tormented by a nasty neck sprain and migraine. Someone recommended a physical therapist to me named Shmuel Tatz, and he worked wonders. Already after the first treatment I felt a lot better. A few years later, Shmuel called me at my hotel in New York, and told me that he had come to the city because his wife was studying piano at the Juilliard School. They wanted to stay, so he was looking for new clients, and I was the first person he called. Of course, I was really pleased to find this extremely competent man again, and he immediately came to my hotel with his massage table folded under his arm. I recommended him to others, and slowly he built up a list of clients. At first he could only rent a tiny studio (without a window!) in the Carnegie Hall building, and he worked there all day long, in the truest sense, with only his own two hands. Always when I come to New York, the first person I visit is Shmuel, my physical therapist. In just two years, his know how and diligence paid off. He now has a big studio, even assistants, and he is well-established in his profession. Only in New York could this happen!

excerpted from:
In My Own Voice: Memoirs Singing Around the World, pg. 54 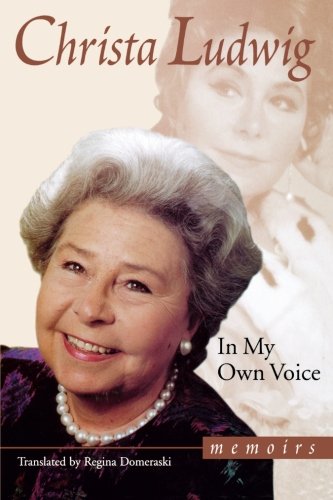